Back
Asbestos: why we still need to talk about it

Asbestos: why we still need to talk about it

The Greeks and Romans used to weave its fibres into clothing. The Vatican preserved their writings on paper made of it. The brake pads in your dad’s car were manufactured from it.

Used in a variety of applications throughout history, asbestos is a naturally occurring mineral that’s infamous for its association with serious and fatal illnesses including pneumoconiosis, lung cancer and mesothelioma.

The earliest documentation about the harmful effects of asbestos can be traced back to Greek authors. In the late 1970s, the global demand for asbestos began to slow as more countries began to take notice of the link between asbestos workers and a high disease rate.

However, it’s been more than 20 years since asbestos was banned in Ireland and across Europe, so why do we still need to talk about it?

In Ireland, a record number of asbestos-related fatalities are expected this year and in the near future.

“Asbestos is particularly dangerous because related illnesses can take 15-50 years to manifest,” said Chris Ferris, health and safety consultant of Ayrton Group. “Before the ban, it was so widely used that anyone born before 1985 most likely has been exposed at some point in their lives.”

Ferris, who conducts hundreds of asbestos surveys and trainings every year,  points to a lack of training and public knowledge about the menace it continues to pose.  These long-held assumptions and myths about asbestos continue the cycle of lax procedures and dangerous practices.

Myth #1: The danger of exposure is gone

Too many contractors and property owners believe the myth that because asbestos has been banned, it’s no longer a threat.

“The biggest problem facing us is the lingering Asbestos-containing Materials (ACMs) that were used prominently in government buildings, council houses, schools, and hospitals,” said Ferris.

Any building renovated during the 1980s and 1990s, or any roof built before 1995 using concrete roof tiles are likely to consist of ACMs. Ferris also estimates over 60% of both public and residential buildings constructed before the 2000s would likely contain asbestos.

As these older buildings get demolished or renovated, if not managed properly, they can expose unknowing workers, their families, and the immediate community to asbestos particles.

Ferris explained, “Asbestos has been mined for millennia for its heat resistant properties. It was an effective and cheap option for use in partitions, roofing materials, cement, tiles, tile adhesive, and pipes.

“Asbestos, if allowed to remain encapsulated and undisturbed, isn’t dangerous. However, as the buildings start to age, the pipes, roofs, tiles become fragile and more likely to break and risk disturbing it.”

For example, the asbestos gauze used around the gunmetal piping for insulation in old buildings will eventually dry out due to years of heat passing through. If the pipe breaks or the gauze cracks, fibres can be released into the air as microscopic particles, smaller than dust. These fibres settle on every surface, easily stirred up and breathed in. If wettened, they can’t disperse as easily but once the moisture dries, then the fibres are prone to be airborne again.

The improper removal or disposal of asbestos heightens the risk of exposure and requires certified personnel to see its safely dealt with.

Another prevalent myth is the idea that if you can’t see asbestos, then you must not have it. Unfortunately, many ACMs are not easily identifiable because the asbestos was used in another substance like adhesive, cement, plastic, or encapsulated in resin.

For example, the popular blue, red, green resin-based floor tiles contained asbestos. More importantly, so does the adhesive used to bind them. The danger emerges during renovations when the floor is broken to remove the tiles, which releases the microscopic fibres into the air.

A growing problem is the lack of workers who know how to recognize ACMs as they get mistaken from their non-asbestos counterparts. More training is needed for the younger workforce to help them identify potentially hazardous ACMs onsite.

Some common places to find asbestos in older buildings include:

Myth #3: All buildings will have an asbestos report

The HSA guidelines issued in 2006 state that every house built before the year 2000 should have a survey taken but is often neglected.

When purchasing a building or house, asbestos will appear on the report only if a survey had been carried out. If there is no mention within the report, the best way to know if a building has asbestos is to have a survey conducted by an accredited company like Ayrton Group.

If building works are being carried out, often building contractors will incorporate the survey into the cost. Otherwise, they can be held liable if their workers are exposed to asbestos.

Myth #4: It’s too expensive to deal with

Ferris would argue that it’s too expensive NOT to deal with it. Neglected or mishandled asbestos can cost a company thousands of euro and affects human lives.

“There is no statute of limitations in the eyes of the law related to asbestos, so companies can still be held liable for exposure decades ago,” explained Ferris. “This is because symptoms of asbestos-related illnesses take so long to manifest.”

Businesses are responsible for the health and safety of their employees. Failure to follow the Safety, Health and Welfare at Work regulations related to asbestos can leave businesses vulnerable to future litigation. Property owners and building contractors who haven’t done their due diligence to properly survey and remove any ACMs could be held accountable under the Air Pollution Act, Water Pollution Act, or several other regulations informed by the HSA.

A recent example follows the Dublin court case of a building contractor from McAleer & Rushe UK Ltd. He pled guilty on behalf of the company to allegations of failing to carry out an asbestos risk assessment on a Dublin city building and exposing employees to asbestos.

How to get rid of asbestos

Instruct an accredited company like Ayrton Group to provide Asbestos Consultancy and Training. They will efficiently manage the complete lifecycle of an asbestos project from the identification of risk to remediation and air monitoring.

If your company needs additional training for managers to onsite workers, Ayrton Group can provide private asbestos awareness courses, which give attendees a broad understanding of the dangers associated with asbestos and measures required to protect their safety.

The awareness training will be useful for property owners, building contractors, and anyone else who has responsibility for health and safety in the workplace. This training is especially helpful for those most at risk from inadvertent exposure such as maintenance personnel, electricians, plumbers, fitters, painters and decorators, demolition and construction workers, roofers, telecommunications engineers, fire and burglar alarm installers, computer installers and building surveyors.

At Ayrton Group we have a wide range of expertise in the area of Asbestos Consultancy and Training including risk assessment, surveys, sample testing, removal project management, air monitoring, and awareness training. 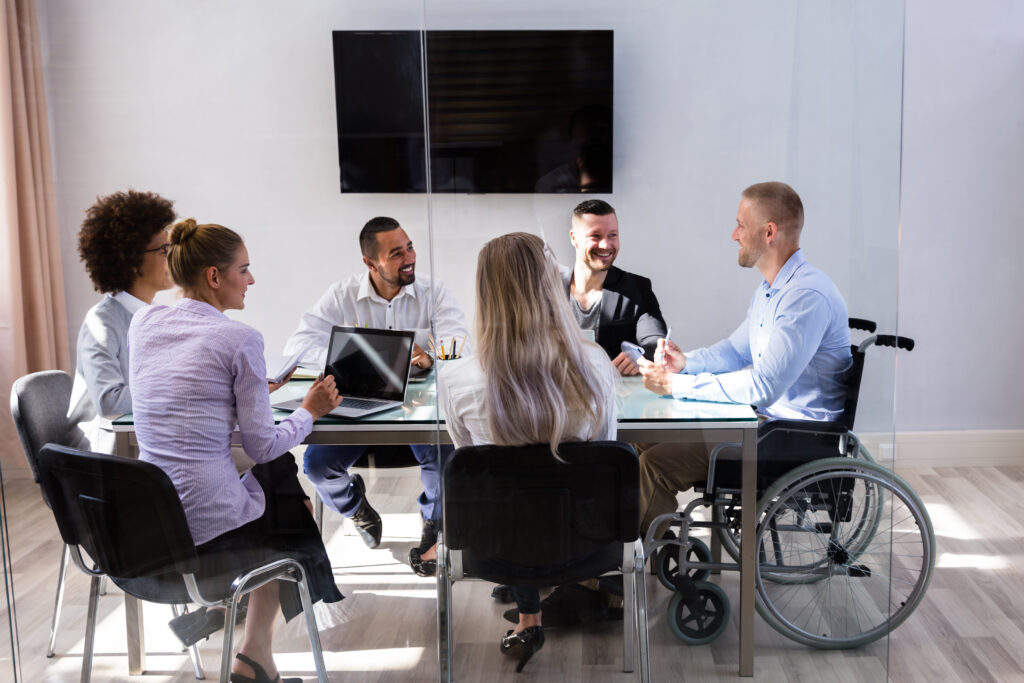 Safe Workplaces for All: How to Make Sure Your Workplace is Disability-Inclusive 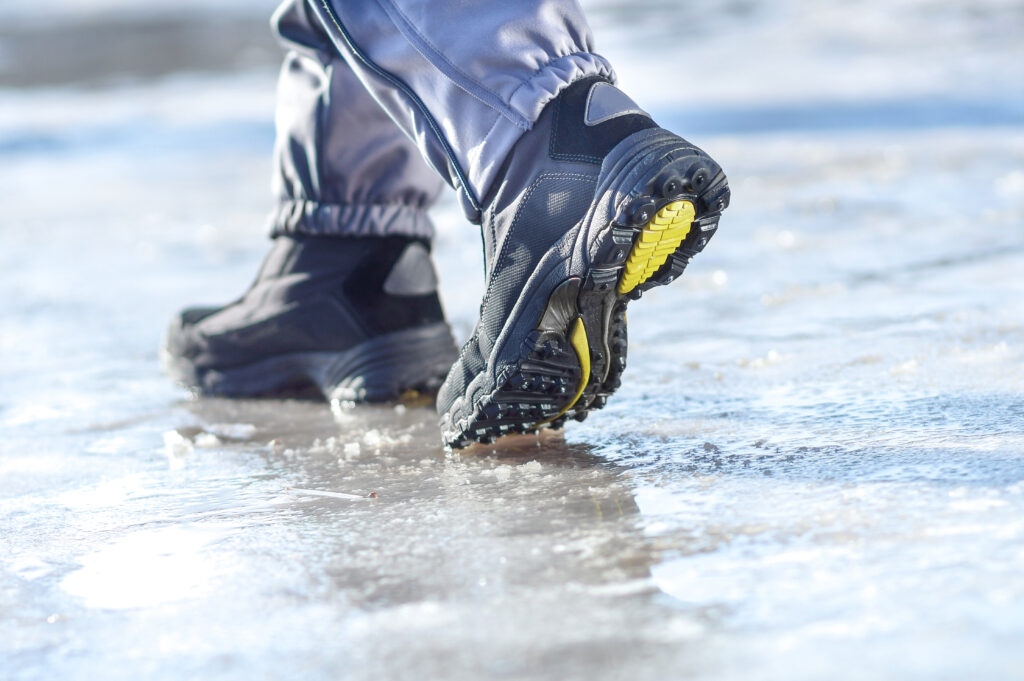 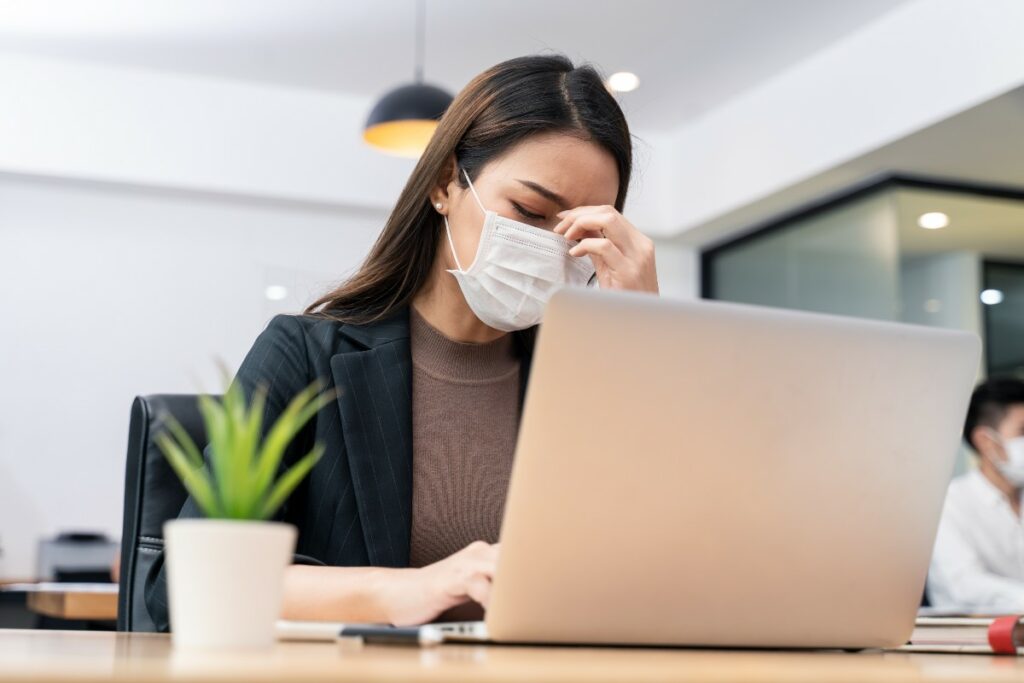